What version of mate did you use?

Can you paste or message me the output of dmesg?

EDIT 2: So I tried PeterCxy’s version and it works!

With Peter’s version, do you power-related functions work as expected (showing percentage of power left, suspends, resumes, etc)? Any high CPU or high CPU usage from just one CPU thread? 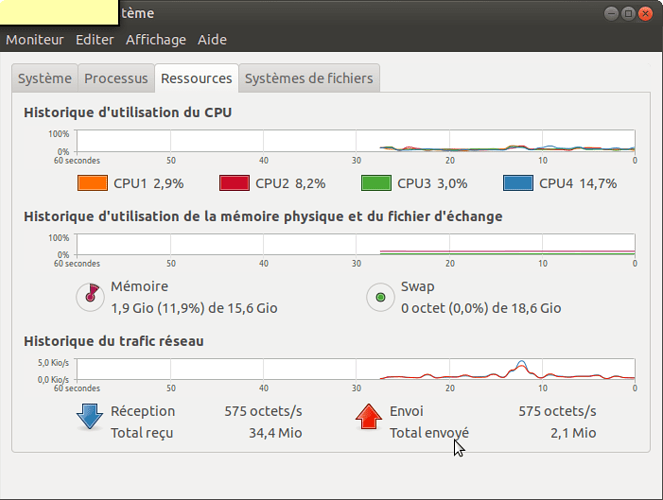 Could you try sending me the file (dsdt.dat) you get from running the command below? This is a binary dump of your ACPI DSDT tables and contains nothing personal. I can then decompile and compare.

Also - if anyone who is running into issues (@naquad, specifically) wants to send this to me, it would help.

added *.cfg and *.dat to authorised extension list so can be uploaded (if reqd)
I followed the above steps earlier by Josh and after a reboot - I couldn’t regain access to Ubuntu Mate only Windows. I tried Ubuntu Advanced options on grub and tried the two specified kernels and two recovery kernels but nothing worked. I then went in and managed to edit the /boot/grub/grub.cfg file through ubuntu mate live usb using root to nano the file and removed the line I added and rebooted.
this worked temporaily and rebooted and got me in.
I then double checked everything (my line number was not 225 but that line referred to something completely different I think my line number was 265 off memory) any how I checked it and it was right and i ran sudo grub-mkconfig -o /etc/grub/grub.cfg and rebooted and there was no longer any ubuntu mention at all just loaded straight to windows

I tried to do a ppa:yannubuntu/boot-repair using recommended repair but for some reason this wouldn’t run advising me to run it from a live distro (which I was using Ubuntu Mate 19.10 Live USB)
At this point im swearing, tired and fed up and decided i’m just going to wipe and reinstall the ubuntu mate partition. I’m trying this now.

sudo nano /etc/grub.d/10_linux Screenshot to show you the line I edited

Selected Ubuntu from Grub menu it loaded with no errors. No touchscreen is working.

When I run Josh’s script above it says I’m using PeterCxy version and I need to upgrade the DSDT override to match. This is incorrect as there is only Josh’s CPIO in my /boot folder.

The system throws a acpi handler error which I cannot catch before powering down hard.
Sometimes it just hangs on the Ubuntu Mate logo with the green dots cycling.

Just in case it got itself in a tizz as I have had to belly button it a few times now as it just hangs. I thought it wise as a precautionary measure to do the following from Ubuntu Mate 19.10 Live USB 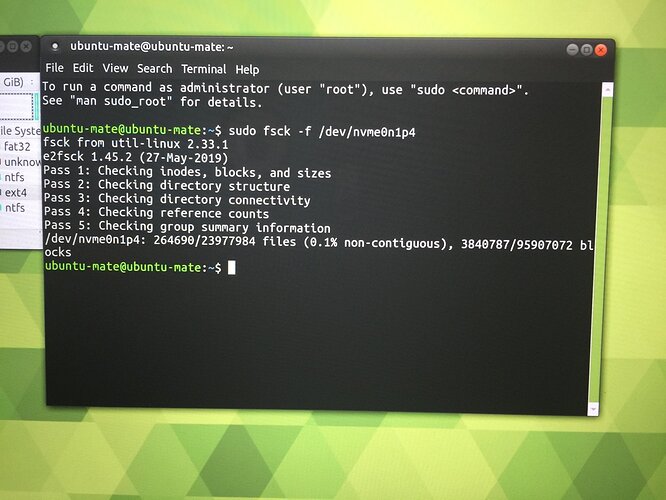 I’m off to bed. Catch you guys another time.

Sorry this is so frustrating. I’ve started working on decompiling these DSDT table dumps to try and determine what’s going on.

@joshwiththegoodhair - I’m not afraid to say I’m a linux noob tbh - I mean I’ve been using ubuntu/xubuntu for years but only for emacs and what I need and I get by. If you could have a quick look at my grub.cfg and 10_linux file and see what you think, i’d appreciate it. It could be user error.
NB: The only thing I would add is if you download 10_linux above I did edit line 280 as well as Line 260 or 265 (i think from memory) which you will see in the 10_linux file I attached.

So, I’ve decompiled (or used) the following DSLs. I also “normalized” them by removing anything that would make the two DSLs being diff’d identical.

For admin, wondow and PeterCxy, the results:

For me, however, compared to any of the other three, I get this diff:

I now have a working touchscreen on Ubuntu Mate 19.10.
Two quick questions as I’m slightly confused.

Thanks though now my only issue is power management and the very dodgy resume with the black screen that won’t wake. This happened for others before bios v 0.23 but for me only started after i flashed to bios 0.23. Its rather frustrating. The only way to wake it up after walking away to make a brew is to belly button it.

Sorry I’ve just realised I sound so ungrateful. I’m genuinely really pleased I finally have a working touchscreen in Linux, its just I’m perplexed with the screen resume from wake thing that it makes the device pretty unusable, especially as I had run this daily before 0.23 and it was not doing any of these crazy power / resume issues.

To respond to your questions:

I’m also questioning a lot right now, but I don’t think the kernel, kernel modules or the linux distribution affects this. I could be wrong about this though. I was able to use my working v0.23 CPIO on both Arch and Ubuntu Mate which both used different 5.2.x kernels.

Just install the module using DKMS (or if you are on Arch, you can directly install via yay or yaourt or whatever), reboot (and maybe rebuild initramfs), then your touchscreen should start to work fine regardless of your BIOS.

This is an EXTREMELY dirty hack, since I don’t want to maintain a full kernel just for this. It depends on undocumented memory structure inside the Linux kernel that we have no guarantee for. But this will at least free us from the DSDT crap until my kernel patches get merged (those are the proper fixes)

I have only tested this on Linux 5.2.x on ArchLinux.

Whoa - thanks! I will try this first thing when I wake up.

And thanks for the PKGBUILD as well.

@PeterCxy - I removed the override, installed the package and it worked perfectly in Arch. Thank you!

Thanks @PeterCxy I have added through DKMS on Debian-like with KDE and module works.
I have checked how does it react to sleep and after resuming touchscreen doesn’t work.
Can people who use it confirm this behaviour?
I haven’t blacklisted the sdhci family - registers are printed especially in recovery but sleep works from the beginning.
In dmesg there are errors which occur very frequently as below:

You can write a script to re-load (unload + load) the goodix module on sleep / resume. The issue will go away.